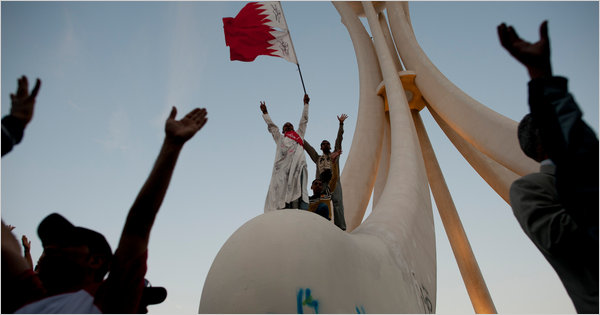 Protests like this one in February prompted Saudi Arabia to send troops.

BEIRUT, Lebanon — Saudi Arabia will withdraw most of its 1,200 troops from neighboring Bahrain by next week after a three-month mission to quell an uprising against the monarchy there, a Saudi official said on Tuesday.

King Hamad bin Isa al-Khalifa of Bahrain asked for help from Saudi Arabia and the United Arab Emirates in mid-March to end demonstrations against the governing Sunni elite. Most Bahrainis are Shiite.

The intervention underscored Saudi Arabia’s deep fears of protests on its doorstep and marked a crucial step in what many see as the kingdom’s attempt to stop the wave of pro-democracy demonstrations across the Arab world.