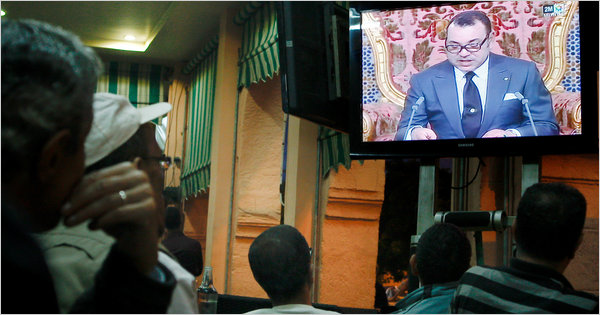 Cafe customers in Casablanca, Morocco, watched King Mohammed VI’s speech on Friday night. Under his plan for the government, he would still control the military and religious matters.

In a major effort to try to respond to calls for more democracy and accountability, King Mohammed VI of Morocco announced proposed constitutional changes on Friday night that would reduce his own nearly absolute powers and name a prime minister from the largest party elected to Parliament as head of the executive branch.

But his plans fall considerably short of the constitutional monarchy that many protesters have demanded and leave the king with absolute control over the military and religious matters.