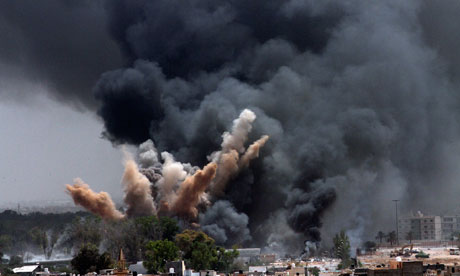 This weekend provided sobering reminders of the human and financial cost of the three-month bombing campaign against Muammar Gaddafi’s regime: in Tripoli several civilians appeared to have been killed by a Nato strike; while in London the Treasury chief secretary, Danny Alexander, admitted that the bill for Britain’s contribution could run to “hundreds of millions of pounds”.

Until now the UK government has shrouded the issue of how much taxpayers are spending on bombing Libya in the sort of secrecy and obfuscation you’d expect if you asked the current location of all its Trident submarines.