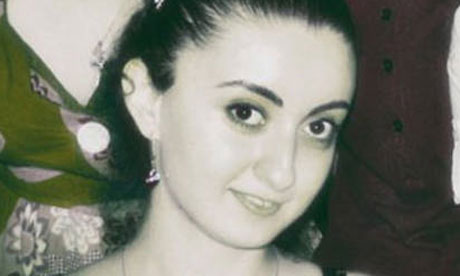 Norwegian police called off their search of the waters around Utøya island following the discovery of the body of Georgian student Tamta Liparteliani.

Police have ended the search for bodies in the waters surrounding the island where Anders Behring Breivik killed 68 of his 76 victims last week.

“The search at Utøya has been completed, ” the police chief-of-staff, Johan Fredriksen, told a press conference on Thursday.

The conclusion of the search came the same day as Georgian officials said the body of a young Georgian woman, who was at the youth camp on Utøya, had been found.

On Wednesday afternoon, police sources had suggested that only one person remained unaccounted for.

Fredriksen said that the names of those who had died would be released by police at 6pm (5pm BST) each day as their identities were confirmed, with many names expected to be released on Thursday.

Before the identification of Liparteliani, police had released the names of 13 people who died in last week’s twin atrocities.

A police lawyer, Paal-Fredrik Hjort Kraby, told the news conference that police would interview Breivik again on Friday, but did not indicate what information they would be seeking from him. Breivik has confessed to the killings but claimed they were justified as part of a “war” and has pleaded not guilty to the charges against him. He said he was trying to save the western world from Muslim colonisation, attempting to justify his actions in a 1,500-page anti-immigrant manifesto.

Police have interviewed him once so far, in a seven-hour session the day after the attacks. Fredriksen said that Breivik, who is being held in solitary confinement, had had no contact with the outside world aside from meetings with his lawyer and the police. Norway was “getting back to normality” and it was time to end restrictions on security, he added.

He said that there had been a number of bomb threats since the attacks but described them as “unspecific”, adding that it was “normal” that some people would seek to create more fear in the aftermath of such a tragedy.

A senior EU counterterrorism official also said on Thursday that there was a risk “somebody may actually try to mount a similar attack as a copycat attack”.

Fredriksen showed impatience at criticism of the police response to the attacks on Utøya, which has seen questions raised over the time it took officers to reach the island. Referring to the fact that the crew of the sole helicopter available to police was unavailable, he said the police had been asked questions about the helicopter “10 times” and that he did not wish to be asked them again.

In response to a question about the police uniform Breivik was wearing, Fredriksen said the indications were that it was bought legally abroad.

Although the search for bodies is now complete, police remain on Utøya as the investigation continues.