This Germ of an Idea Calls for an Antibiotic 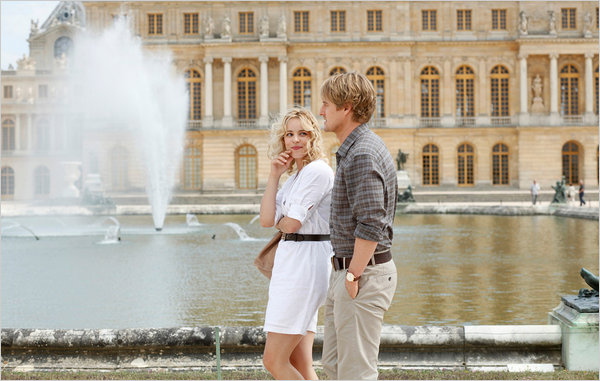 Rachel McAdams and Owen Wilson in a scene from “Midnight in Paris.” More Photos »

THE preview at MoMA calculated to ignite euphoric Oscar buzz over the studio’s new $60 million comedy ended and the lights came up, revealing an audience of 400, stiff, with eyes shut, bringing to mind what it must have been like when outsiders first stumbled upon Jonestown. As the local opinion makers revived and shuffled through the exits, I bumped into Philo Cubbage, a schmendrick I knew from the periphery of show business who surfaced intermittently over the years with some fresh scheme for achieving bankruptcy. After the customary exchange of insincere remarks about how neither of us had aged, we agreed to masticate a pair of sirloins and repaired to Upchuck’s, where we could dine and disembowel the film we’d seen at leisure.
By WOODY ALLEN