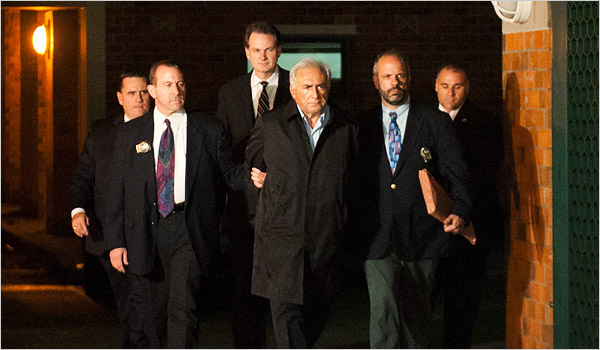 Dominique Strauss-Kahn, the leader of the International Monetary Fund, spent most of Sunday at the Manhattan Special Victims Unit in East Harlem as prosecutors sought additional evidence, including possible DNA evidence on his skin or beneath his fingernails, to bolster allegations that he had sexually assaulted a maid in a $3,000-a-night suite at a Midtown hotel, officials said.