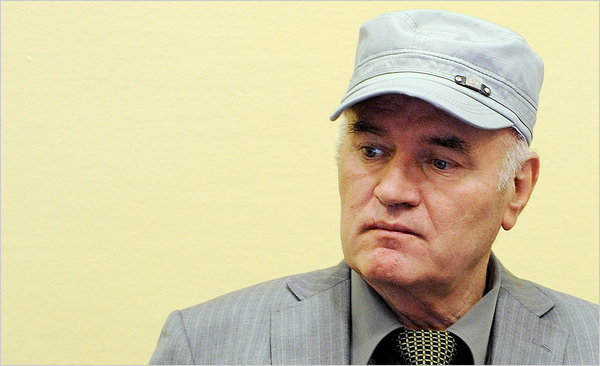 Ratko Mladic on Friday during his arraignment at The Hague.

THE HAGUE — Ratko Mladic made his long-awaited appearance on Friday here before an international court that has accused him of genocide and multiple other atrocities and he dismissed the charges read out to him as “obnoxious” and “monstrous.”