Food Crisis in Somalia Is a Famine, U.N. Says 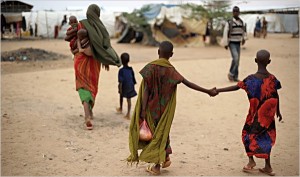 MOMBASA, Kenya — The United Nations on Wednesday officially declared Somalia’s food crisis a famine in several parts of the country, with millions of people on the brink of starvation and aid deliveries complicated by the fact that Islamist militants aligned with Al Qaeda control the famine zones.

The combination of one of East Africa’s worst droughts in 60 years and Somalia’s relentless conflict has depleted the country’s food supplies, and tens of thousands of Somalis have died of malnutrition-related causes in the past few months, the United Nations said.