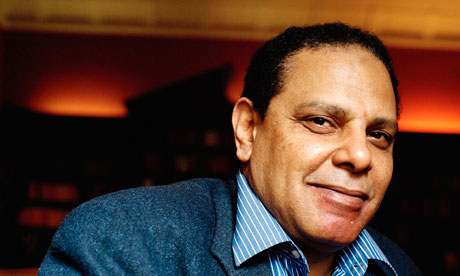 Alaa al-Aswany: ‘When you participate in a real revolution you become a much better person. You are ready to defend human values.’ Photograph: Eamonn McCabe for the Guardian

On 28 January a young Egyptian man was urging the novelist Alaa al-Aswany to write a book about the revolution that was gathering momentum in Cairo’s Tahrir Square. Just minutes after their brief conversation the protester was shot dead by a government sniper from a nearby roof.

Aswany never learned his interlocutor’s name, but that and other killings, along with the sheer bravery of revolutionaries motivated by “an untameable anger and a profound sense of injustice”, are seared into the memory of Egypt‘s most celebrated living writer as he articulates his feelings about the overthrow of Hosni Mubarak and what it means.

“The revolution was a great human achievement,” Aswany says in a booming voice that amplifies his evident emotion. “It means people are willing to die for freedom and justice. When you participate in a real revolution you become a much better person. You are ready to defend human values.”

Now though, like other Egyptian democrats, he fears a counter-revolution led by old regime loyalists fomenting violence and sectarian attacks, precisely in line with the finger-wagging warning by Mubarak of the “chaos” that would follow if he were forced from the presidency.

Uncertainties abound, Aswany admits, smoking furiously between appointments in his dental surgery in Cairo’s Garden City district, its leafy streets a haven from one of the noisiest urban spaces on the planet, and whose fading charms and human vibrancy he captured in his best-selling novel The Yacoubian Building.