Could the Assad regime fall apart?

Manet: the Inventor of Modernity – review 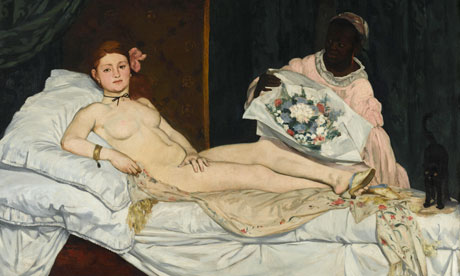 Those who attack works of art are not, in one sense, wrong. You don’t assault something you are indifferent to, or something that doesn’t threaten you; iconoclasts rarely smash images out of apathy. Take the man who raised his walking-stick against Manet’s Music in the Tuileries Gardens when it formed part of a one-man show at the Galerie Martinet in 1863. The assailant left no account of his motives, but the picture’s offence would surely have come under the heading of fraud: it was a masquerade, something that insulted not just him, the viewer, but the entire history of art, on whose behalf he was obliged to speak – or rather, act. Further, the painting‘s very subject-matter – a swath of contemporary Parisian life – would have been objectionable. This now seems ironic, since the painting was in fact about the sort of man who had attacked it, and the sort of life he and his friends then lived in Paris. Manet was saying: here, now, as it is.