Using History to Sell Clothes? Don’t Try It With the Pharaohs

At Home With Susan Sontag

It’s not easy to pick the most unforgettable image from the many that flutter through this memoir like snippets from an overturned wastebasket. Susan Sontag eating a whole package of bacon and calling it dinner? Susan Sontag, passionate friend of the revolution, berating any clerk or waiter who didn’t treat her with proper deference? Susan Sontag perched on a sofa in her son’s room late at night, smoking and soliloquizing about her evening out, while he and his girlfriend lie silently in bed? Truly an embarrassment of riches, emphasis on the embarrassment, but here’s a personal favorite: Susan Sontag choosing to entertain guests in the kitchen. 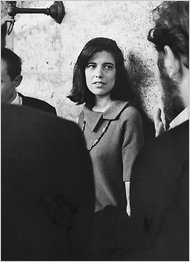 A Memoir of Susan Sontag

Many women, of course, entertain guests in the kitchen, but there isn’t much evidence that Sontag enjoyed basking in the sweet associations that make the kitchen the heart of the home. Apparently, she did think of herself as a wonderful mother, and perhaps she was, though as Sigrid Nunez points out, it’s a rare mom who fondly remembers making her 10-year-old stand at her side and light cigarettes so she can chain-smoke while she’s madly typing a final draft. Nunez herself was given a bowl of canned mushroom soup on her first visit, but she reports little else in the way of traditional hospitality. Sontag appears to have nestled in the kitchen simply because she was comfortable with the decor, notably a hulking, broken freezer and streams of roaches.